Michael Martin is an artist from Virginia. He is a graduate of King and Queen Central High School where he was the salutatorian. Later, he graduated with University Honors from Virginia Commonwealth University earning a BFA in illustration from the Communication Arts and Design department.

Michael creates work in many different mediums. He is mainly known for his graphite drawings which are very detailed and time intensive. He has created renderings of many local structures in King and Queen County and throughout the Mid-Atlantic region.

OTHER AWARDS AND HONORS

Honors During College and Beyond

DRAWINGS
Drawings have a unique place in the history of art. They have been produced for hundreds of years and continue to be valued by modern collectors. In the early years they did not hold as much value because they were considered a preliminary step in the painting process. Artists would often create an under-drawing before they began their actual paintings. This would give them a guide to follow as they blocked in the various forms.

The drawing has a feeling all to itself that very few other mediums have. Graphite drawings are in many ways very fragile and impermanent. The black and white image is an image that is stripped down to value and contrast. It has a certain tension because it is both dated and timeless at the same time. Drawings are not the flashiest forms of art but they capture the essence of life in a very realistic manner.

Drawings in general may have complex themes or ideas, but at its core the drawing is quite simplistic. A drawing is nothing more than marks on a paper and is simply the transfer of graphite from a writing tool to paper. Some artists choose to gouge deep marks into the paper while others prefer a more subtle transfer of graphite that barely scratches the surface.

Personally, I find drawing one of the most interesting mediums because of its simplicity yet vast range for expression. When creating images of any kind I must take into consideration the canvas size, or paper size, I am dealing with and how to arrange my image within its confines. I normally will travel to a location and take reference material, or photos to work from. After I develop the reference material I can begin to very lightly sketch in the image I wish to draw. After getting the general idea of how large I would like my drawing to be I can begin drawing. Unlike many artists I do not carry the entire work of art along at one time. When I create works of art I try to begin with the portion of the building or figure in the extreme left hand side. This is important because I am a right handed artist and if I were to begin on the right I would be forced to rest my hand in an area of the picture that I have already drawn. This would cause smearing and may doom my image before it even gets underway. When I begin a drawing on the right hand corner it allows me to complete a section and then move to the next without worrying about the prospect of smearing the image. Artists that work on the entire drawing often have a bar to prop their hand on so that they do not touch the picture's surface. I do not need one since I radiate outward from one section. The style that I have developed revolves around drawing in tight little circles. As I work the graphite blends together which allows me to seamlessly move from one value to another.

Periodically I will check to make sure that my lines are not crooked and my proportions are close to what they should be. My drawings are never perfect. I do not use any sort of projection system to trace perfectly proportioned buildings and this should be evident when one views my work. There is still a trace of the artist's fallibility in the work and to me that is a beautiful aspect that is lost when an image is traced in a mechanical manner. The artist's touch is what gives an image character.

The character of a drawing can also be determined by the way in which an artist uses value. I try to make sure that I have different contrasting values in my images instead of having a flat monotone throughout the image. The tension between light and dark is an aspect that makes a drawing interesting. In my opinion the shadows are what make an image come alive in the first place. A building or person without any shadow is lifeless and unrealistic. Once an artist adds shade and shadow one can feel the object in the round and life is breathed into the 2 dimensional form. The value creates volume and it is essential to any realistic depiction whether it is a drawing, painting, or photograph.

Drawings are by nature fragile forms of art. They are sensitive to touch and the the atmosphere. The fragments of pencil lead can fall from the paper and the paper itself can be susceptible to the environment. It can deteriorate over time, especially if it is in contact with paper that is not acid free. To combat the elements I use workable fixative to set the image. Fixative is a spray coating that allows the work to be handled without fear of smearing the image while locking all of the graphite into place.

Drawings seem quite simplistic. They are merely fragments of graphite ground into paper, but they have a character all their own. The drawing integrates the classic simplicity with modern ideas of design. It is an art-forms that uses contrast to unify an image and has a character all its own. I have created drawings since I was able to hold a pencil and it has become one of my favorite forms of expression and translation of the world I encounter around me. 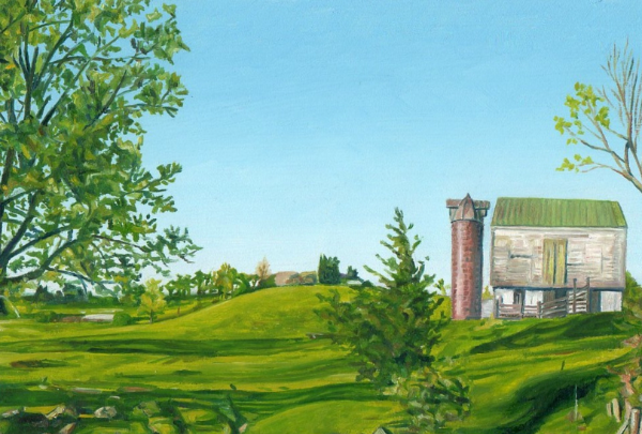 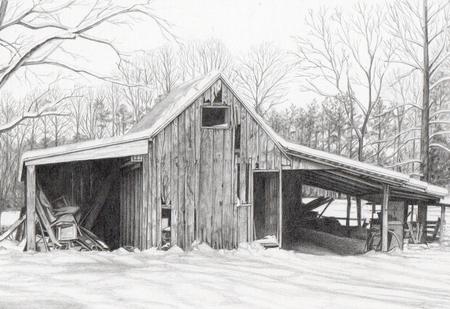 The process of block printing has been used for centuries. Several of the images shown on my portfolio page are created using a linoleum block. Unlike modern forms of printmaking the block print is not created by a scanned image. This process is much more hands on and less mechanized than modern machine printed images.


Block printing has remained the same for centuries. It has its origins in China, around the 700's, but did not reach Europe until the 1300's. The premise of block printing is identical to that of Gutenberg's first printing press in 1440 a.d. The basic idea is to create an inverse of the desired image on the block. Unlike the printing press he created, made of many movable blocks with letters arranged and rearranged to create a printed page, the block print is one large block with an image. As with more ancient forms of printing the artist attempts to create a raised surface for the ink to sit on and then transfer to paper when the two are pressed together. This process is different from other forms of printing such as etching because in that process the ink is in depressions on the plate and transfers to the paper from those grooves when pressure is applied.


In linoleum block printing the artist begins with a piece of linoleum that can be adhered to a rigid surface such as a wood backing, creating a Linoleum block. Pre-assembled blocks with the linoleum already on wood or flake-board can be purchased. The next step is to create an image on the linoleum, much like an under-drawing for a painting. The drawing must be backwards in order to create the desired result. Words and images must be created in reverse, just like the lettering on the front of an ambulance. When a driver looks into the rear view mirror the word will appear in its correct form. In the drawing process an artist can experiment with line quality and contrast.


Once a basic under-drawing is created the stage is set for carving out the block. The carving is done using a tool with V shaped blades that are interchangeable based on the desired line width. The blades can cut out long lines of the linoleum if steady pressure is applied as it is moved across the block. The objective is to cut around all of the lines of the under-drawing. When the artist finishes this process the block becomes ready for printing.


The printing process can be quite involved for block prints. The process begins by placing ink on a clean flat surface, like a piece of glass. Then a brayer, or roller, is used to flatten out the ink so that it is consistent on all parts of the brayer. The roller is completely covered after moving over the patch of ink multiple times creating a flat swath of the color on the plate of glass. The roller is then moved across the image thoroughly covering the entire block. All raised areas hold ink and after spreading ink over the surface a few times, the artist is ready to print. The block is placed on a piece of paper and pressure is applied. Some artist's do not have presses and are forced to use their hands to apply pressure on the block. The back of the paper can also be rubbed to insure a high quality transfer.


Finally the paper is peeled back from the print and the image is revealed. The wet ink is then left to dry for several days. Oil based inks to not dry as fast as water based inks, however either can be used.


Each print produced must be studied to insure that it has been fully printed. The images do not always transfer fully so only the highest quality, fully printed images are included into a print run. The misprints are destroyed leaving only prints with clear impressions on all portions of the printed page.


There are some block prints that are even more complex and involve creating several blocks for one printed image. When multiple colors are printed a different block must be carved for each color visible on a print. When printing the images the blocks must be aligned perfectly otherwise the colors will overlap and the image will be unusable. When printing with multiple colors one color must be printed and allowed to dry before the next block can be printed upon the pre-existing image. An artist can choose to create blocks for as many colors as desired, although the complexity rises with each new color.


I enjoy block prints because of their rich history and the hands on approach to printing. As an artist it is interesting to consider that the same process I am using is the same one that has been used for centuries. I hope this selection will allow you understand the work involved in creating block prints and give you an appreciation of the process.